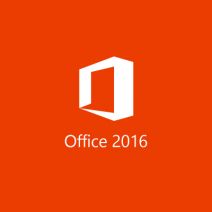 Just months after releasing their newest operating system, Windows 10, Microsoft is now updating the world’s most popular productivity software. Office 2016 makes several improvements over the Office 2013 versions of Word, Excel, PowerPoint, and the other applications that businesses from all over the world rely on to stay productive. The software, which focuses on making productivity and cooperation possible, has gotten a substantial upgrade in collaborative features.

Some improvements to the software include:

Microsoft Word
Word has been one of the most used word processing programs for over 30 years. The newest version of Word brings real-time collaboration and some dynamic features such as a newly integrated “Tell me what you want to do…” box. This option gives every user the ability to search for the resources they need, or to get directions on how best to use the software’s most useful features. The real-time collaboration features, allow users to work on a document together, whether it is stored in a user’s OneDrive or in a company-hosted SharePoint. With a much improved version history and simple-to-use interface, Microsoft Word 2016 is, as usual, a beneficial addition to any business’ productivity cache.

Microsoft Excel
Excel is known the world over as the top spreadsheet program on the market. With Excel 2016 Microsoft has made it easier to use and with better functionality. Like Word, Excel has had a “Tell me what you want to do….” box integrated into the interface to help users find the information they need and have a conduit to help them take advantage of all the dynamic options that Excel delivers to users. With new visualization options, one click forecasting, and built-in data loss prevention, Excel 2016 is a great addition to every company’s productivity software.

Microsoft PowerPoint
PowerPoint is the predominant presentation software used in business today. The newest offering improves on other versions by integrating the “Tell me what you want to do…” box, and vastly improving collaborative options. PowerPoint now incorporates improved version history, a simpler sharing interface, and better conflict resolution, which keeps teams from performing redundant, inefficient tasks.

Microsoft Outlook
Outlook’s improvements, like most of Office 2016’s, are centered around collaboration. Microsoft has improved the way that files can be sent through email to give users more freedom to send the files others need without being hindered in doing so. Microsoft has also incorporated custom Group features into the new Outlook. This gives users the ability to organize their conversations and resources in a given file and sync it with collaborators. Outlook, has also integrated the “Tell me what you want to do…” box, that will allow for comprehensive searches and tips to find what you are after quicker.

Other applications that are a part of the Microsoft Office 2016 suite are:

Each will get the “Tell me what you want to do…” box integration as well as subtle improvements over their previous versions.

Microsoft offers the Office 2016 suite as a part of its Office 365 cloud platform. With Office 365, you can get web and desktop access to all of Office 2016’s powerful applications, complete with OneDrive integration for an affordable monthly cost per user. Simply contact EZ MSP at (914) 595-2250 to get an idea of further benefits Microsoft Office 2016 can bring to your organization and how to make it work for your staff and your budget. We highly recommend you reach out to us to learn the differences between each version of the Microsoft Office suite.

More posts from author
Saturday, October 30, 2021 What Actually Happens to Your Data when a Disaster Happens?
Thursday, October 28, 2021 3 Common-Sense Things You Can Do to (Maybe) Save a Call to Your Help Desk
Wednesday, October 27, 2021 How Centralized Authority is Crucial for Your IT

By accepting you will be accessing a service provided by a third-party external to https://www.ezmsp.com/

How Centralized Authority is Crucial for Your IT
The cloud is undeniably an invaluable business tool, so long as you maintain control over your business’ usage of it. This centralized authority over your cloud’s access controls is key to its successful utilization. Let’s briefly discuss w...
Read More