EZ MSP has been serving the New York area since 2008, providing IT Support such as technical helpdesk support, computer support and consulting to small and medium-sized businesses.
Categories
Tags

The Pros and Cons of Utilizing the Internet of Things A lot has been made about the Internet of Things (IoT) over the past couple of years. People have been purchasing technology they can control from their phones or from centralized smart hubs and it has resulted in a shift to the way people interact with technology. For modern businesses this can bring several pros and cons to the table. This month we thought we would take a brief look at some of the pros and cons of deploying IoT technology in the workplace.

New technology can bring a lot of benefits to a business and IoT technology is one of those innovations that some people may not even realize they are utilizing. One of the most important benefits of IoT is that it can help automate certain tasks. In business, the more uniform the quality of any task, the more consistent the workflow. IoT can present a lot to a business in the way of enhancing the machine-to-machine presence, thus taking some of the more mundane responsibilities off of human resources. This enhanced automation sets up most of the other benefits IoT can bring to your business, including:

Unfortunately, any technology comes with some type of detriments. Whether it is cost, the high price of management, or some other issue, it is important to have a clear view of any technology before you jump in with both feet. The largest detrimental characteristic of IoT technology is the less-than-stellar track record of network security that comes with having so many endpoints on your network. That’s not to say that the IoT, when deployed correctly, is a risk, it is just that there are some IoT devices that might be problematic if integrated without planning. Other cons include:

It’s important to understand what you have with IoT. It is a big part of future computing and could very well be the largest technological shift since the Internet was created. If implemented carefully and conscientiously, the IoT can be a major benefit for any organization, but it does have risks at the current moment.

If you would like to have a conversation with one of our IT professionals about IoT technology implementation or just kind of pow-wow about how it would fit into your business, give EZ MSP a call today at (914) 595-2250.

When you subscribe to the blog, we will send you an e-mail when there are new updates on the site so you wouldn't miss them. 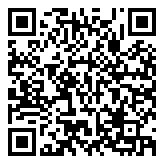 The IoT Ushers in a Lot of New Options
The Internet of Things can be a tricky concept to wrap your head around, and it certainly doesn’t help that so many new smart devices are being added to it day-in and day-out. Let’s take a look at what makes up the Internet of Things and wh...
Read More